...The laying of the foundation stone took place on 12 June 2013, in a ceremony performed by Federal President Joachim Gauck, in the presence of numerous social and political representatives.

For security reasons, this was a non-public event and it was broadcast on television.

Our Eviwa integrated image system was fully deployed for the visual illustration and broadcasting of greetings, historic images and the live ceremony. Three cameras transmitted the event incl. link to Phoenix TV.

A musical interlude was transmitted directly to the event, with picture and sound transmitted from a remote roof terrace using a 600m long fibre optic cable.

Many thanks to Mediapool Berlin ‘the first people in the second row’ for trusting in us. 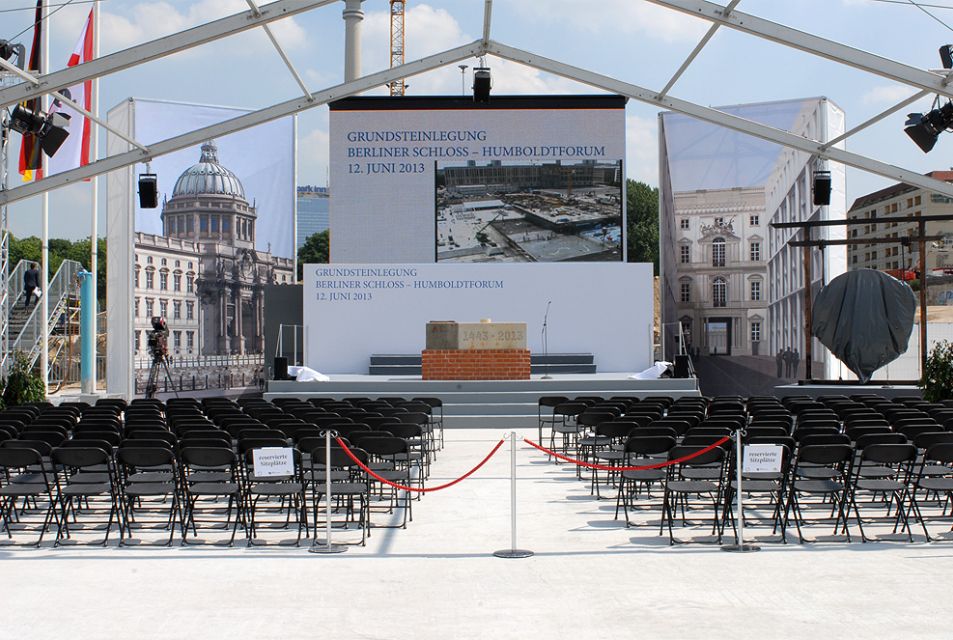